The main reason is so that the ECM sees the correct air temperature. Three causes why it doesn’t:
1) the Intake Air Temperature (or Manifold Air Temperature) sensor is located in the intake plenum, on its underside, so it is heatsoaked from all the hot surrounding metal.
2) the stock Intake Air Temperature sensor is nothing but a CTS (Coolant Temperature Sensor) which is a big metal piece with threads and a connector. So in fact, this big piece of metal has NO WAY of measuring the temperature of the air at the big honking metal tip, instead it measures the temperature of the hot manifold.
3) the intake manifold is full of what? Air? Well, only at WOT. Otherwise (most of the time), there is a lot of vaccum in the manifold (i.e. lack of air). So WHAT air temperature can the sensor measure anyway?

This picture shows the stock TPI IAT sensor (on the left) vs the V6 IAT sensor (on the right).
The stock TPI IAT sensor is the same as the CTS sensor and thus measures reliably the temperature of whatever mass it is screwed into. Like the hot intake plenum.
Whereas the V6 IAT sensor has a protruding plastic sleeve with screens and a sensor pellet placed in the screened openings, to measure the temperature of the airflow through the screens.
There is no electrical difference in these two sensors whatsoever, their readings are identical, they are completely interchangeable when it comes to their electrical specs and plumbing.
Oh, I forgot a minor detail: their plugs differ very slightly. But if you shave two tabs on the sides of the connector (with a knife or a file), it will plug in with no problems. 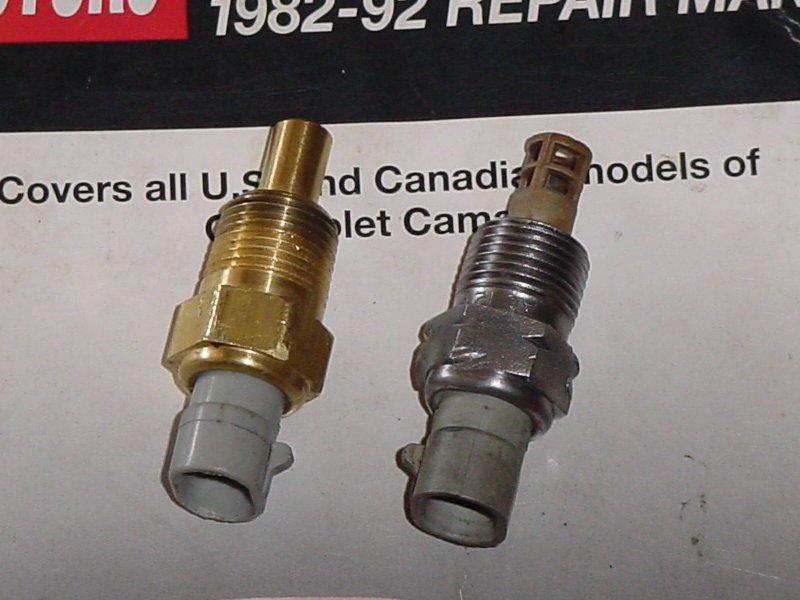 The stock TPI IAT sensor is located on the bottom of the upper intake plenum, towards the back. It is facing the lower intake manifold.
My car came with the filter intake runners that supposedly go on a V6 engine and that have a 3/8″ NPT hole in the side. Specifically for the IAT. So this is the place where I installed the new IAT. 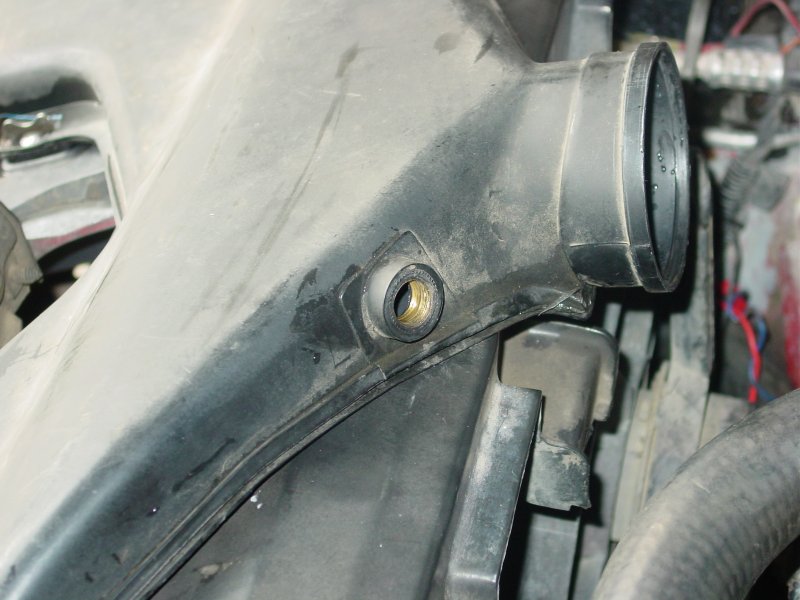 The stock TPI IAT sensor is in a not very accessible location. It is hard to reach but You might be able to pull the plug off with a thin long screwdriver and some needlenose pliers. Otherwise, take off the upper intake plenum to access the IAT and connector.
Trace the wireloom behind the passenger valve cover and disconnect it from the black two-prong connector (C121). Splice into the harness and extend it so that it can reach to the new sensor location.
Purchase (or obtain through other means available to you) an IAT sensor for a V6 MPFI engine and make sure it’s the right one.
(you can also use the IAT sensor from a TBI engine, it has same electrical characteristics and connector)
(when locating the sensor, be aware that it might be called ACT – Air Charge Temperature, which is more of a Ford term but some stores use it for the Chevy sensor anyway)
Shave the two tabs on the sides of the IAT connector (with a knife or a file) and make sure that it will plug into the new IAT sensor.
Install the IAT sensor into its new location (in the air filter runners or elsewhere).
Now just run the extended wire safely so that it doesn’t get caught on any moving parts.
Disconnect the battery for several minutes so that the computer can relearn how to adjust the mixture with this new reading.

Picture of the new IAT sensor installed in the air filter runners. 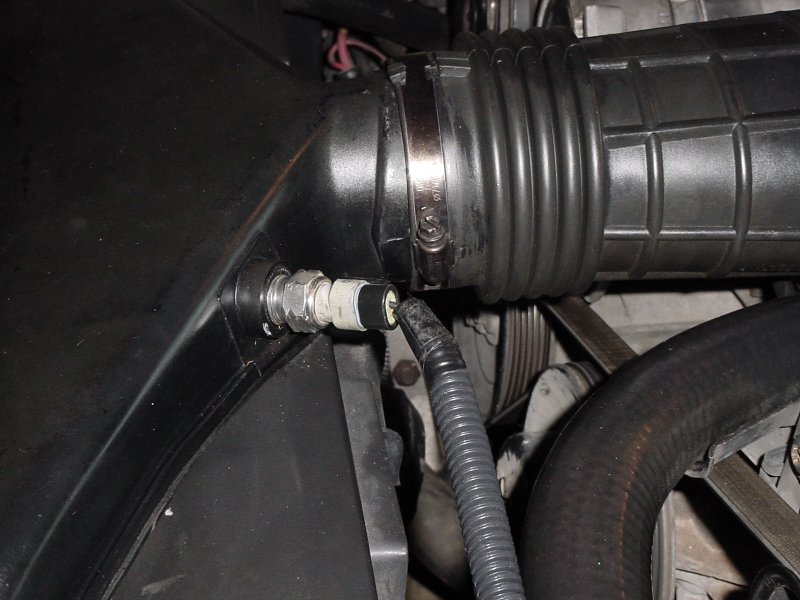 Many people are VERY skeptical about this change and say that it does not make much of a difference.
However, from my practical experiment using datalogging software, I can say without exaggeration that I’ve seen a 35-degree (F) CONSTANT difference in the intake air temperature measurements.
With the stock TPI IAT (heatsoaked CTS part), the computer saw 132 degrees in the intake on a 95 degree night. That measurement was performed on the highway, i.e. with lots of air flowing through the engine compartment. Stopped at idle, the temperature reading was even higher.
With the relocated TBI IAT sensor, the computer saw 97 degrees on the SAME night, with 95 degrees outside. Again, this measurement was performed on the highway but the reading did not increase much at lower speeds or at idle.

So there, it’s not a myth and if done properly, the computer will see the REAL air temperature. And especially in Texas, that makes a world of difference.